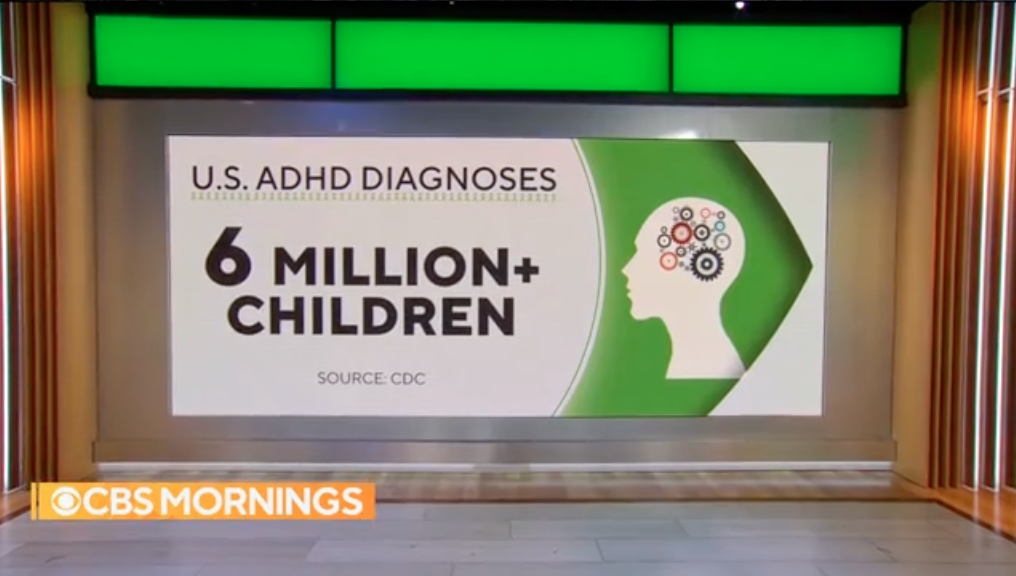 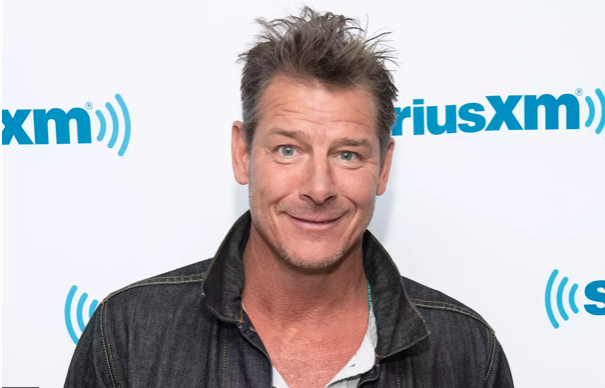 BY DECODING ADHD FOR HER FAMILY, A FILMMAKER HELPS MANY OTHERS 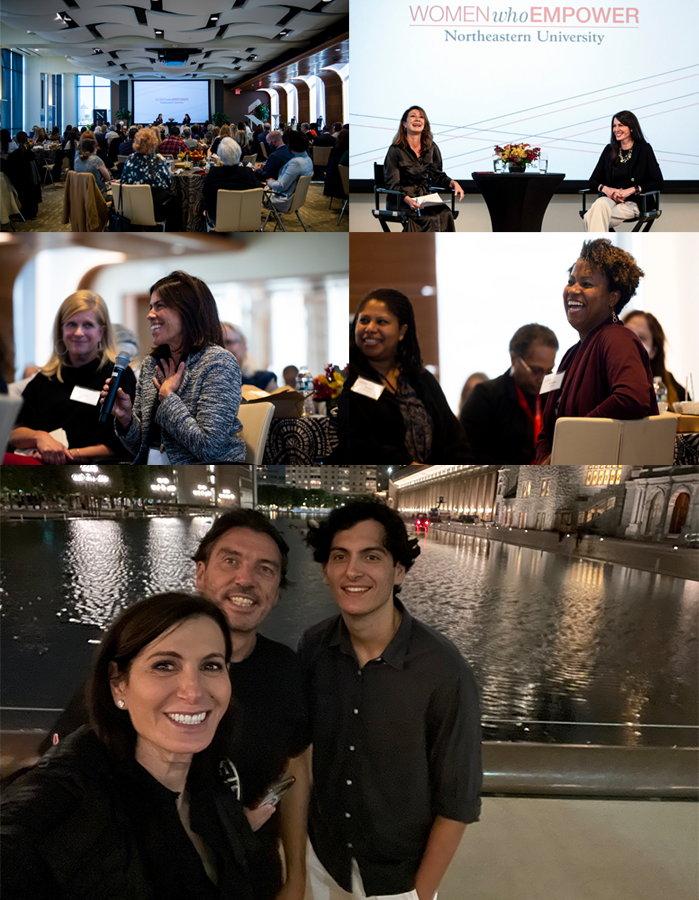 Tim and Nancy Armstrong at Northeastern University with
their son, Jack

Nancy Armstrong’s experience raising children with ADHD inspired her to create “The Disruptors,” a film about the neurodevelopmental disorder and the people who have it. She shared her story on Thursday at Northeastern’s annual Women Who Empower event. Photo by Alyssa Stone/Northeastern University

For Nancy Armstrong, raising children felt lonely sometimes, like her family was on an island that no one could reach. She and her husband struggled to help their oldest son, Jack, focus at school. Later his two younger sisters seemed to have trouble, too.

Eventually, Jack received a diagnosis that would change his—and his mom’s—life. Doctors determined that he had attention deficit/hyperactivity disorder, better known as ADHD. It explained his sometimes scattered, other times laser-focused attention, and his proclivity for constant motion. And it planted a seed in Nancy Armstrong’s mind that would bear fruit years later.

“The diagnosis opened the door for us,” she told the packed crowd at an event hosted by organizers of Northeastern’s Women Who Empower initiative. “We felt for so long that we were alone, but at least now we knew what we were dealing with.”

The experience—from getting kicked out of a mommy-and-me class when Jack was a toddler, to discovering how often people with ADHD are simply dismissed as “disruptive” or “trouble-making”—inspired Armstrong to do something. So, she created “The Disruptors,” a film about ADHD and the people who have it, including entrepreneur Paris Hilton, musician will.i.am, astronaut Scott Kelly, and comedian Howie Mandel.

Armstrong, whose company, Happy Warrior Media, produced the film, also served as its executive producer. “The Disruptors” screened at a number of film festivals and won the audience choice award at the San Diego International Film Festival this year. It will be released to the public in early 2022.

On Thursday, Armstrong joined Diane MacGillivray, senior vice president for university advancement, in a conversation about the film and her own journey of discovery about ADHD.

The neurodevelopmental disorder is one of the most common among children, and it often lasts through adulthood, according to the U.S. Centers for Disease Control and Prevention. And yet, as Armstrong and several audience members attested at the Women Who Empower event, the disorder can easily be misread by teachers and other educators as simple distractedness or excess energy.

“If you’re a child with ADHD, or you have a child with ADHD, all you’re told is that you’re disruptive. With this film, we wanted to turn the idea of being ‘disruptive’ from a negative trait to a positive one,” Armstrong said, noting that the term is already used glowingly to describe tech innovators as who “disrupt” the status quo.

Indeed, many of the qualities associated with ADHD can be understood as positive traits, Armstrong said. Ned Hallowell, a child and adult psychiatrist featured in the film, reframed several so-called negative traits such as hyperactivity and impulsivity as energy and creativity in a clip shown at Thursday’s event.

As for Jack? He’s studying business management at Northeastern and seeking out new and innovative solutions to some of the world’s big problems. In January, while strict density-mitigation and physical distancing measures were in place across the U.S., he created a set of QR codes to post around Northeastern’s Boston campus and help people connect with one another, virtually.

Armstrong’s work to destigmatize and spread awareness of ADHD clearly resonated with people in the Women Who Empower audience, many of whom shared their own experiences with the disorder and thanked Armstrong for her passion. Asked by one audience member about her legacy, Armstrong pointed back to the viewers of the film.

“To the extent that I think about my legacy, I only really think about it in terms of what I can do that’s useful, that’s helpful,” she said. “I wanted something positive that would help other people. I felt like someone had to make the film, and I guess that person had to be me.”

On Thursday, Armstrong joined a growing number of entrepreneurs, innovators, movers, and shakers in the Women Who Empower network, including 19 women who were part of the inaugural class of Innovator Award winners. The award recognized women who were current students or graduates of Northeastern whose ventures received funding to help push them forward. Northeastern’s Women Who Empower inclusion and entrepreneurship initiative distributed a total of $100,000 in grants to help fund 17 ventures. Applications for the next round of funding will open in January 2022.

The Inquirer and Mirror 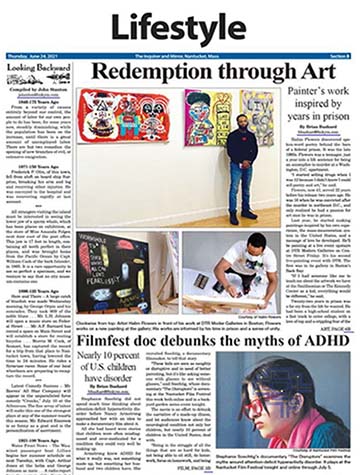 Stephanie Soechtig did not spend much time thinking about attention-deficit hyperactivity disorder before Nancy Armstrong approached her with an idea to make a documentary film about it.

All she had heard were stories that children were often misdiagnosed and over-medicated for a condition they could very well be making up. Armstrong knew ADHD for what it really was, not something made up, but something her husband and two children have. She recruited Soechtig, a documentary filmmaker, to tell that story.

“These kids are seen as naughty or disruptive and in need of better parenting, but it’s like asking someone with glasses to see without glasses,” said Soechtig, whose documentary “The Disruptors” is screening at the Nantucket Film Festival this week both online and in a backyard garden series event tonight.

The movie is an effort to debunk the narrative of a made-up illness, and let audiences know about the neurological condition not only her children, but nearly 10 percent of children in the United States, deal with.

“Being in the struggle of all the things that are so hard for kids, not being able to sit still, do homework, focus on homework, and being

labeled a bad kid who can’t listen or a bad parent who can’t control their child and how frustrating that was, there’s no film you could turn to for inspiration or strength or feel empowered on what to do,” Armstrong said.

Armstrong has seen ADHD’s effects first-hand with her children. Several years their diagnosis, her husband, Flowcode CEO and former AOL and Yahoo! CEO Tim Armstrong, was also diagnosed with the disorder.

Approximately 9.4 percent of children in the U.S. are diagnosed with ADHD, according to a 2016 survey from the Journal of Clinical Child and Adolescent Psychology. It revealed an increase in diagnoses across the board from preschool to high-school students over the past few decades.

But despite its prevalence, there is still a stigma around ADHD that can be debilitating for children trying to understand what’s wrong with them when their parents or teachers don’t understand the neurological effects themselves. Armstrong knew how hard it was on parents, first-hand.

In order to address it, she reached out to other celebrities who experience the same symptoms themselves, like the inability to focus, impulsiveness, low self-esteem and hyperactivity.

Comedians, athletes, actors and musicians all spoke up about it in the documentary: will.i.am, Howie Mandel, Terry Bradshaw, Jillian Michaels, Glenn Beck.

“We wanted to have as many role-models as possible,” Armstrong said. “If you’re a kid that thinks you’re never going to amount to anything, it’s powerful.”

Often, she said, those people are seen as outliers who can break the mold of ADHD to become successful. But they will tell you there are not only challenges with ADHD, but strengths that come with an ADHD brain that can also let you be more creative.

The idea is to not only give children a sense of hope, but to provide parents, teachers and coaches with a toolkit they can use to help their kids if they’re showing signs of ADHD

“People aren’t aware of the strength-based approach. Until we educate people about ADHD, we are damaging kids as they go through K-12,” Armstrong said.

“Parents in this film are doing well and falling down. We’re all human. I don’t have Herculean patience. It’s a growth journey for the parents as well as the kids.”

Armstrong is worried that without the knowledge of how to treat the disorder, children with ADHD will simply be labeled as “bad kids.” What starts with school detentions and a struggle to make friends, could turn into years of increased risk of substance use, poor social skills and job rejections, she said.

Soechtig wants people to start thinking about ADHD beyond the initial struggle. There’s more to it than that. She wants people to also see the creativity associated with it as an asset that can be encouraged.

“The symptoms present themselves as something you can will yourself to control rather than a neurological condition,” she said.

“When I started digging into the science and studies, this notion that kids are over-medicated and over- diagnosed is more hype than substance. Taking away this stigma that comes along with things that are neurological is a real sea change that needs to happen.”

“The Disruptors” screens at 8 p.m. tonight as part of the Nantucket Film Festival’s garden series. Tickets are wait-list only. The film is also playing online through July 5 with the purchase of a streaming pass. For tickets and more information, visit nantucketfilmfestival.org.